The farm has been in the Jackson family since 1940, when Howard Jackson purchased the property. The farm had a three story turkey barn, in which Howard raised pheasants for Plympton township. He raised the birds and released them for licensed hunters in the area. Tom and Audrey Jackson took over the farm from Howard and Dorothy Jackson in the 1970s.

Third generation farmer, Sarah Jackson, grew up with a passion for agriculture, and went to work for Uplands Pheasantry in 2009. Uplands was owned at the time by Mike & Brenda Streib in Aylmer, Ontario. Sarah fell in love with hatching and learned everything she could from the couple. In 2010, the family made the decision to purchase Uplands Pheasantry and move it to their home farm. Together as a family, they rebuilt the hatchery and their first year of hatching was in 2011. They now offer many different types of birds, and will be offering custom hatching options in 2021 Contact Us Today 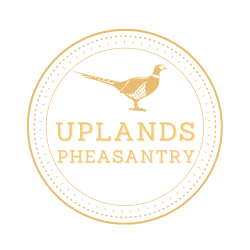